The IBC Law Firm is a growing business law firm located in Phoenix, Arizona. We are passionate about not only helping people start their business, but also helping those businesses succeed for many years down the road. Our approach to sophisticated, intelligent, and effective legal services at competitive rates has helped us establish long-term business relationships across the valley. We’ll also help you protect your investments through intellectual property rights, business contracts, and by working within relevant law at all times. If it becomes necessary to defend your business… we can do that too.

Founded in 2013 by Attorney Mathew E. Holm, a small business lawyer in Phoenix, the IBC Law Firm has already helped a wide variety individuals and small businesses throughout the Phoenix area and across the state of Arizona on various legal issues including Business Entity Formation, Investor Agreements, Sale of a Business, Federal Trademark Registration, Employment Contracts, Estate Planning and more. 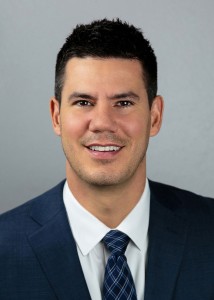 Mathew E. Holm, Esq. was born and raised in northern Ohio and attended the College of Wooster, a small private liberal arts college, in central Ohio. While at the College of Wooster, Mathew majored in Philosophy, earning high academic honors, served as Captain of the Men’s NCAA nationally ranked swim team, and also as a Resident Advisor (RA). As part of the nationally renowned Independent Study program at Wooster, Mathew successfully completed a nearly 100 page thesis on Ethical Theory.

After earning his Bachelor of Arts, he moved to Los Angeles where he worked in the financial services industry for approximately 6 years. Having passed exams including Series 3, Series, 7, Series 66 and Insurance License exams he worked as a stockbroker, financial advisor, commodities broker and loan officer, at Citigroup and Merrill Lynch.

In his personal life Mathew completed the Los Angeles marathon, has traveled to Europe, Hong Kong and to China to visit friends and clients several times.

Mathew attended law school at Chapman University School of Law where he served as President of the Business and Investment Law Society. He graduated in 2009 from law school, moved to Arizona, and passed the bar exam. After working for various law firms he founded this business law firm, the IBC Law Firm LLC in 2013.

Together with his Canadian born wife Janelle, Mathew completed a 42 mile hike across the Grand Canyon and back in less than 24 hours (Rim to Rim to Rim), in 2015. Mathew is a proud father of his daughter Harper born in 2016 and his son Greyson born in 2018.

At the IBC Law Firm we regularly work with the Arizona Corporation Commission, the United States Patent and Trademark Office, the Maricopa County Superior Court, and other federal, state, and local agencies in order to service our clients. Attorney Mathew E. Holm and his staff are continuously striving to make IBC one of the top business law firms in the State of Arizona.